Because we just can’t get enough of these guys!

As part of their build-up toward the ICONSENSUS kickoff this fall, icon.community has announced they are launching a series of P-Rep candidate video introductions on YouTube. The videos — all self-made by the P-Rep candidates themselves — will be posted on a regular basis as new P-Reps join the campaign and candidates submit their vids.

By the sounds of it, we can expect to hear all of the same things one would see in a political campaign promo video. Namely: who they are, why they’re excited about ICON, and of course, why we should vote for them. You can watch the videos on icon.community’s official channel.

Just how many P-Rep candidates are there anyway? Officially, 20 so far. Check out the list here. 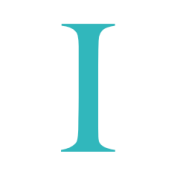 News in the ICON Republic: ICX_Station SF Launchpad and more