So many developers, pros and enthusiasts alike, are taking part, that on June 5, the number of daily transactions on ICON actually exceeded that of Ethereum. The gap grew wider the next day, June 6, when ICON recorded over 1.37 million transactions against Ethereum’s 824,000.

Best of all, this spike in transactions came without any slowdowns to the network.

ICON’s director of business development YJ Chung thinks this could really get ICON’s name out there.

He says, “I hope this becomes an opportunity for participating teams to spread the word that they’ve tried ICON, that it has a good development environment, that they actually ran transactions on it at consistently high speeds and that it’s a reliable network.”

The experiments have begun

Chung says events such as the TX Challenge are significant in that they encourage developers to experiment. For blockchain, a technology so new we’ve yet to fully discover its possible uses, such experiments are crucially important in exploring its potential.

As of writing, 98 DApps were taking part in the challenge, including global online arcade ICX Games, the decentralized exchange ICON-DELTA, the bulletin board ICON Wish Board and K-pop DApp STAYGE. Most of the participating DApps are by small-scale Korean teams with an interest in blockchain. These smaller teams have created many light, experimental DApps that have cumulatively sent ICON transactions through the roof.

The transaction number could climb higher still. Chung says some teams are still waiting to join the TX Challenge. “Many teams are on the waiting list,” he says. “It’s really backed up – you have to undergo an audit, as you know,” pointing to the smart contract audit all DApps undergo before connecting to the network. 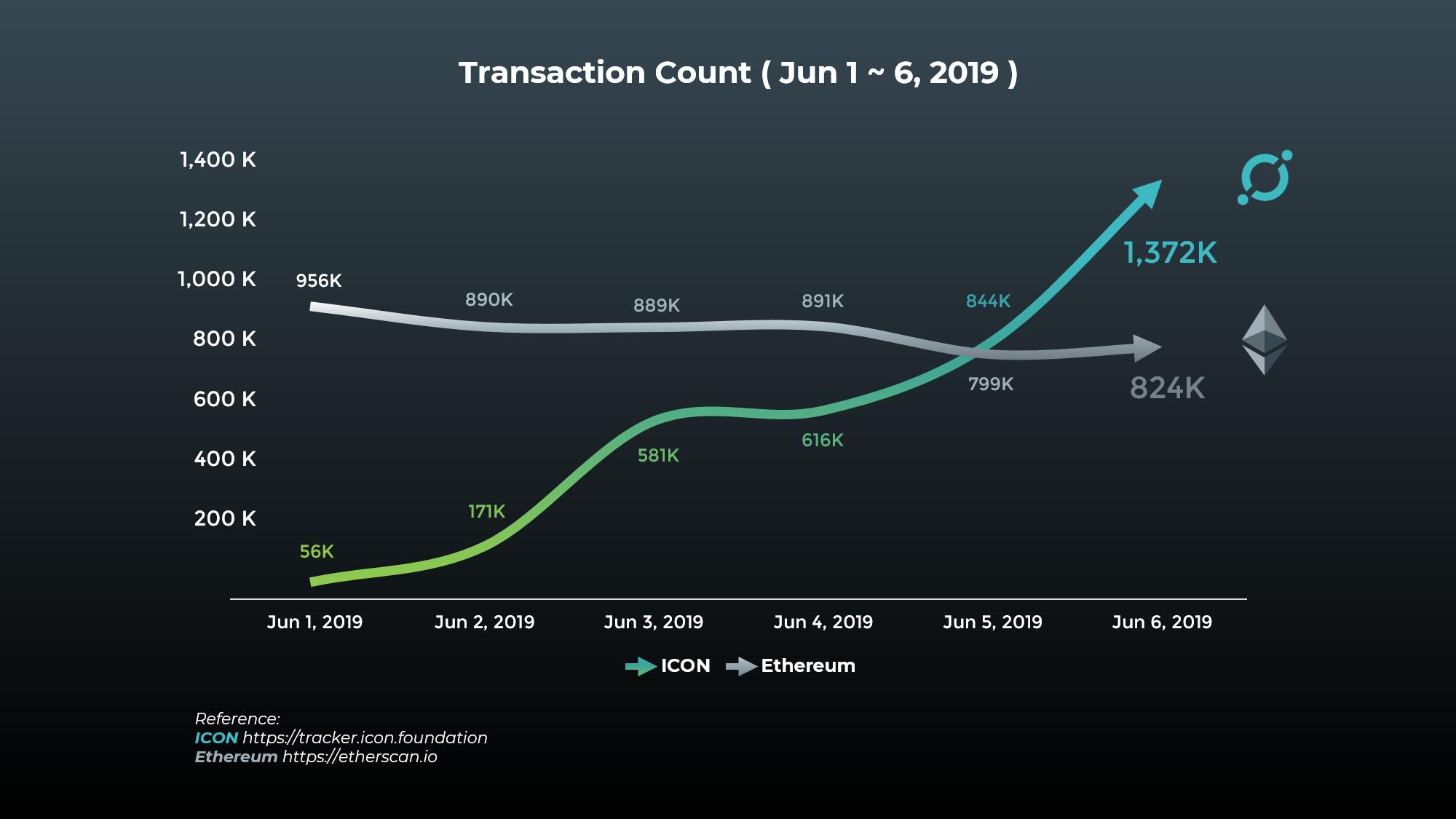 Few have faulted ICON for a lack of vision. The platform has long boasted of its ability to quickly process high numbers of transactions. But with the MainNet processing so few transactions, some questioned whether the network would be up to snuff if it were ever put to the test.

This is something Chung, as ICON’s pointman for business development, knew all too well.

“Some teams that are working with us for the first time have expressed a high degree of satisfaction with our development level,” he says. “But when they test it out, they’re very careful. They say they’re unable to fully trust ICON because of the low number of transactions on the network. They say they don’t know if the network can handle a high number of transactions.”

And in the tech industry, there is no higher certification authority than the real world.

“We say we’ve conducted internal stress tests and we’ve got sufficient specs,” he says. “But they respond that until multiple users send in traffic through different channels, they can’t fully trust the network.”

And with daily transactions now exceeding those of Ethereum, ICON is demonstrating that it’s more than hype.

“We’ve claimed we’re fast and we can handle a lot of transactions,” says Chung. “This shows we can actually do it. That we could surpass Ethereum without any slowdowns demonstrated we could actually do it.”

Chung confesses it won’t be easy to keep the daily transactions above Ethereum’s upon the conclusion of the TX Challenge, though he suspects that some of the DApp projects created for the contest may stick around, helping boost the transaction numbers in the long term.

But transaction numbers aren’t the point of the TX Challenge.

Word of mouth is.

“We hope that whoever takes part spreads the word,” says Chung. “When people begin designing, they look at Ethereum first. Though ICON has a strong vision, it naturally falls behind because there are teams that came before us.”

“The goal of this challenge is to broaden knowledge of ICON,” he says. “We wanted many university students and young, new designers to try ICON, see that it has as good a development environment as Ethereum, and learn that it is much faster and has lower transaction fees.”

Robin has been writing professionally in Korea for nearly 20 years. Based in Seoul, he became interested in blockchain because of a fascination with futurism. He has interviewed multiple members of the ICON team and is constantly improving his knowledge of everything crypto and blockchain.