weBloc, the company working to create a tokenized advertising ecosystem, just announced the beta launch of weCon, a new messaging app that integrates a wallet and allows users to transfer and manage IRC-based tokens.

“By developing these projects we want to make sure people understand how blockchain can be used in the real world in a friendlier way. If more people get familiar with the nature of tokens through these kind of apps we can help people to get more in touch with blockchain products,”  said Steve Cho, Director of weBloc Business.

Much more than a Messaging App

A messaging app plus a wallet is not new. Companies like like Exscudo or Wuabit launched similar projects this year and messaging giant LINE launched its own exchange Bitbox.

But the wallet’s integration on weCon is not the main focus of the app. weCon’s purpose is to make the middleman – aka the advertiser – more transparent. Instead of paying for ads on Facebook or other platforms, a company can set a campaign budget to incentivize regular people to promote the product or service through old fashioned word of mouth.

The weCon app will list potential campaigns and allow influencers to create groups inside of these campaigns. For example, a beauty blogger could create a chatroom, invite others who care about the same topic, and shill for a new cosmetic or skincare. In return, the blogger and her guests would earn WOK, weBloc’s native tokens.

Brands can be confident they’re being well represented, weBloc says, because their brand ambassadors will be part of a reputation system and all the invited users will have to earn a certification by watching explainer videos or downloading an app. weBloc also explains that there’s value beyond earning tokens, in being part of a community of people with similar interests. In this sense, weCon is very much the same as any other messaging app or social network.

weCon is slated to go live in beta in Q1 2019 on both the Apple App Store and Google Play Store. Initially it will have English and Korean versions with more languages to come later.

“We already have several advertisers who are willing to give it a try, so basically finding more user communities targeted by those advertisers would be the goal for a short-term,” Steve said.

And attracting those users will be the real challenge. With so much competition in the messaging and social networking spaces, weBloc will have to sway existing users of other platforms. Influencers may come for the opportunity to earn tokens, but will their charisma and the promise of a lesser sum of tokens be enough to sway ordinary users?

There’s also, of course, the ironic fact that weBloc may have to turn to the traditional advertising companies it is trying to disrupt and displace, in order to build an initial user base.

More development in the making

The weBloc team is busy, no doubt. weCon is not the only project under development, the beta versions of  two other services are also scheduled to launch on Q1 2019. The team admits this is a very ambitious goal and points out that they will work hard and try to meet expectations but complications may arise. We’ll have to wait and see how these projects deliver.

The team does have some proof of progress though. Only four days after kicking off their first TGE on November 12, they have already sold 52.77% of their allocated tokens for this stage (400M WOK). 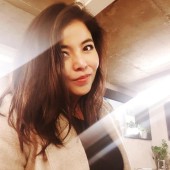 The Iconist 2.0 — Help Us Spread the Word

Hodling With Options: ICX Collateralized Loans to the Rescue