Korea is well known for its unique economic structure, which is heavily dependent upon a small number of conglomerates, Chaebol in Korean. Simply put, Samsung alone generates over a quarter of the Korean GDP (*article in Korean).

Chaebols are highly centralized organizations that feature a quasi-dynastic structure in which the top position is passed down from the founding figure to  the oldest son. The irony that Chaebols are professing interest in blockchain and decentralized ledger technologies is not lost on the Korea Blockchain Weekly.

Samsung has already established a ledger platform for enterprise use, Nexledger. Korea’s second largest electronics company, LG also announced its plan to extend its enterprise services. New “strategic” brands, including Monachain (launched this May) will eventually work as solutions for enterprises.

Perhaps this was meant to happen, considering that the longstanding nature of the Chaebol is to pursue every lucrative business in the country. Will the Chaebol be able to lead the country’s 4th Industrial Revolution? Or, will their penchant for centralization destroy the ecosystem rather than disrupt the market? 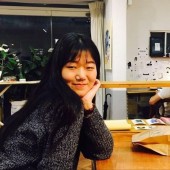 Korean Consortium to Launch DID system by 2020

Just How Crypto Friendly is Korea?