“People-Centered Technology is Necessary in the DID Era”

2019 Korea Blockchain Week is happening right now! The BlockFesta 2019 conference kickstarted the week-long event on Friday, September 27 with the topic of “Blockchain in Government”. The conference held at the National Assembly Hall gathered government officials and private companies to discuss a long-term road map to develop blockchain into a major national industry.

In his introductory address, the Minister of Science and ICT, Kiyoung Choi, said he was adamant in building a healthy ecosystem for the Korean blockchain industry through active communication. Most notably, he mentioned that 14.7 billion won would be invested in public-private join projects this year alone.

ICONLOOP’s CEO Jonghyup Kim was also present to introduce ICONLOOP’s DID service my-ID, delivering a speech on the topic of “Recovering Data Sovereignty Through my-ID”. During his presentation, he pointed out the problem of existing centralized identity management services, expressing concern over the monopoly giant IT corporations currently had on personal data.

To solve this problem, the ‘Identity 2.0’ movement was ignited to build a user-centered ID system. Kim stressed the need to restore individual sovereignty through DID. “Self-sovereign ID is highly needed and DID fits the vision of ‘Identity 2.0’,” he said. “Now that the era has come where we can manage the ownership of our own information, we should use technology such as DID to recover individual sovereignty.”

Kim concluded by predicting that DID would open a new world.“Just like human-centered ideas represented the Renaissance period, people-centered technology is necessary in the DID era,” he said. “We need to use blockchain technology to create a whole new world centered on people. It’s not just adding a new authentication system into an existing business, but shifting to a new paradigm.” 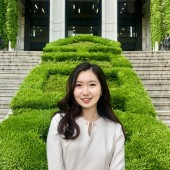 ICONLOOP Signs MOU #12 to Improve Productivity in the Industrial World