This is a guest post by ICONSENSUS Ambassador Russell Shirey (@thelionshire), a member of P-Rep Candidate team Ubik Capital.

As we approach ICONSENSUS, there is a great amount of excitement around the ICON network. ICONSENSUS will fulfill the promised decentralization of the ICON network as laid out in the original ICON Whitepaper. This event will offer the opportunity for ICONists to vote for their favorite Public Representatives (P-Reps) to run, govern, protect and enhance the ICON network. Additionally, ICX holders will have the opportunity to stake their tokens by delegating them to a P-Rep for a period of time of between 5 and 20 days. In return for delegating their ICX, the holder will be rewarded I-Score, which is convertible to ICX through the Public Treasury.

P-Reps will also be rewarded for their services.

Lastly, Distributed Applications (DApps) and Ecosystem Expansion Projects (EEPs) will also receive rewards. The May 10th article, “Updates to IISS,” details the most recent information regarding these rewards.

Note: The following explanation includes a lot of formulas and technical details. However, for the average reader, such information would serve the opposite purpose of demystifying the issue. So, to make this article more presentable, most of the numbers and tech-talk have been segregated into block quotes like this one, with the plain English explanations in the regular body of the article. Furthermore, a number of TL;DR summaries are included at the end of some sections, highlighted in bold for your convenience.

A Deep-Dive Into Rewards

While the rewards are great for incentivizing quality participation, the obvious questions are a) where these rewards come from, and b) what kind of effects they will have on ICON, such  as inflation. These questions have come up in community discussions on Reddit, Twitter and Telegram. This writer, too, was curious about it and reached out to the ICON team for guidance.

What this writer learned was:

The annual reward for each category will follow the curve shown below, depending on the percentage of ICX staked (with a maximum of 12% and a minimum of 2% per category). The total annual reward combines the three categories, ranging from 6% to 36%. Thus, if more than 70% of the network is staked, the reward issued on an annual basis will be 6% of the network.

It is also interesting to note that if 75% of the network is staked, then the rewards would make for a 6% annual reward. 75% of total supply is 600,345,000. This would result in 36,020,700 ICX rewards, or about 4.5% of the total ICX supply. It is interesting to note that the total rewards at 75% staked are actually lower than that of 30% staked, meaning the curve accounts to keep the rewards roughly stable. It is not realistic to think 100% of the circulating supply of ICX will be staked, as that would mean exchanges are staking and no one can trade or use their ICX tokens as they are locked up in staking.

TL;DR: There are three voting categories, with voters receiving a delegation reward for each in parallel based on the percentage of the network staked, ranging from 6-36% of the network. This writer estimates approximately 38 million ICX will be rewarded to voters annually, which is a little over 4.5% of the total ICX supply.

The minimum monthly reward for i_rep will result in 10,000 ICX. The i_rep calculation will be based on expenses for running the node, and then averaged across the 22 P-Reps. This number will then be used in conjunction with the percentage of ICX delegated to that particular P-Rep to determine the final amount of reward. The introduction guide for P-Reps provides sample calculations, based on expenses, that show how P-Reps with more votes delegated to them will be rewarded accordingly for their efforts. An example is shown in the image below:

The details of these calculations were taken from here.

Thus, when voting for P-Reps, it is very important to ensure that they are judicious with their expenses to the community in order to keep i_rep values reasonable.

This writer personally wants the P-Reps to be properly compensated for their efforts. This would generate a win-win situation in which rewarded P-Reps in turn reward the community with strong nodes and efforts to improve the network and its ecosystem.

We should also be aware, however, that some P-Rep candidates could abuse this compensation. It is our duty therefore to ensure that the P-Reps are delivering on their efforts.

The current estimate for EEP and DBP rewards (called i_eep and i_dapp, respectively) are 25% of the monthly reward for P-Reps (called i_rep). Based on the above i_rep calculations, and assuming EEPs and DApps delegate 1% of the total delegated amount, 25% of  37,500 monthly would be 9,375 ICX a month for these types of rewards. This will also be dependent on how many votes there are delegated. Thus, the calculation works out to 9,375 * 100 * 12 months = 11,250,000 ICX. The variable of 100 is based on an arbitrary number of 100 EEPs and DApps; this number could change based on implementation and governance voting.

What this means for inflation

The question remains: where do these rewards come from? The rewards will be drawn from ICX fees, and if additional ICX is needed, it will be minted into a new supply.

The recent spike in transactions can be attributed to the development foundation of ICON being set and new DApps being launched, as well as the ICON TX Challenge. With major companies, governments and other organizations showing interest in ICON, it is not out of the realm of possibility that ICON achieves close to or exceeds this number of transactions.

Taking all of this into account, let us use the record number of transactions on June 14 as an example. This would generate 20,632,943 ICX, lowering the newly minted ICX to 44,782,875. This is roughly 5.6% of the total supply: a reasonable number, in this writer’s opinion, considering the net rewards from delegation total approximately 15.81%, resulting in an 10.21% net positive after any devaluation from inflation.

TL;DR: Inflation rates are variable, but are estimated to average around 5.6%, which is arguably not too bad when compared with other platforms and the fact that delegates will receive 15.81% in rewards, a net positive.

The article above is based on public information as well as conversations with ICON team members regarding inflation. This writer put this article together using not only facts but also assumptions, because the ICON network is so new and things are still being developed. We do not have a crystal ball to tell us what future uses of ICON network will be. All-in-all, this writer is confident in the ICON network and thinks that transactions can easily provide necessary rewards in the future. This is the same basis that many other cryptocurrencies operate under — minting new tokens now with the expectation that fees will replace new minting of tokens in the future.

This writer thinks the ICON team is doing a fantastic job in developing the ecosystem. They planted the roots this past year and the tree is starting to grow as the community and others begin to develop their new branches to connect the ICON network. This writer’s team, Ubik Capital, is excited to serve the ICON community as a potential P-Rep. Thank you!

NOTE: If you enjoyed this article, please check out Russell’s second post on the topic over on his blog for Ubik Capital: “ICON Inflation Simplified”. 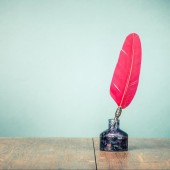 News in the ICON Republic: 3Q achievements and more

About the Infrequency of Posts…