Blockchain enthusiasts rejoiced when news broke this week that South Korea would be developing a blockchain voting system with trials starting this December in the private sector. Officials stated that the plan is to integrate it with South Korea’s current online voting system known as K-Voting. The announcement was hailed as a move forward for those wanting to see more use cases of blockchain on an institutional level. However, the press release (link in Korean) from the National Election Committee (NEC) and subsequent articles did not include details on who would be providing the technology behind the program.

The ambiguity of the statement sent the media and community on a hunt for the identity of the group collaborating with the government agency. Many articles guessed that ICON or ICONLOOP would be supplying this technology as the company demoed a Dapp with voting features at Seoul International Digital Festival (SIDiF) in October. An article in TheCryptoUpdates hypothesized, “It is easy to assume that the new voting system being tested might have been developed by ICON. But nothing is certain unless reports arrive to confirm the assumptions.”

In an exclusive conversation with The Iconist, ICONLOOP has stated that they are not involved in this specific project with the South Korean Ministry of Science and ICT and the NEC to develop the blockchain-based online voting system.

“ICONLOOP has been closely cooperating NEC and NIA to build the next generation election system in terms of candidate registration, voting and ballot counting and remote election system for Korean nationals and voters residing abroad. We have been consistently offering some consultancy and build-up plans to both governmental institutions. Though ICONLOOP is not directly participating in the blockchain-based online voting pilot announced by the NEC earlier this week, but we ARE cooperating with NEC in various sectors and expect to expand our relationship.”

The Korean offline voting system still reigns supreme compared to its online equivalent. The NEC’s existing online voting system, K-voting, has reportedly been used by 5.64 million people from the years of 2013 to 2018. In a country of 51.47 million, close to 90% of voters still vote in person.

Those who are familiar with ICON and ICONLOOP will know that the blockchain network has a strong relationship with the South Korean government. We at The Iconist covered the three features of the DApp (mentioned above) that ICON demoed at SIDiF last month, a project done in conjunction with the Seoul Metropolitan Government.

Just this week, ICONLOOP received the Korean ‘Minister of Science and ICT (MSIT) Award’ in recognition of its contributions to the development and popularization of the blockchain industry in Korea. It made history by being the first blockchain company to receive the honor.

In response to the MSIT acknowledgement, ICONLOOP CEO and ICON Foundation Council Member J.H. Kim said, “We are pleased to receive recognition on our continuous efforts of spreading the potential industrial opportunities in Korea. In the future, ICONLOOP will keep working on technology and business development to extend blockchain technology in different industries as well as promoting national technological achievements in the international market.”

Even as recently as this morning, ICONLOOP made public that it had been selected as the sole operator of the ‘Seoul blockchain-based ISP Project’ by the Seoul Metropolitan Government.

Though the latest move by the NEC will not directly include ICON or ICONLOOP, the community can still celebrate the fact that South Korea is opening doors for governmental blockchain adoption, joining other countries in being industry pioneers. 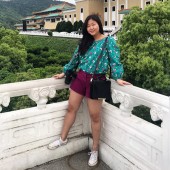 Insight: The Infrastructure Experts Keen on Growing ICON by Helping Developers and P-Reps